It has been a minute since I did my last favorites post! 126 minutes to be exact. That is, if we count “minutes” as days. A lot has happened since October and as such, a lot of new favorites have been made! So, in the interest of saving time, let’s dive right into these new favorites so you can start making them some of your new favorites.

While I wouldn’t consider myself someone who is glued to her phone, in the last few months I’ve found a few things that make it a little more addicting.

It wouldn’t be the slightest exaggeration when I say that I tell almost everyone I come into contact with about this app. Honestly, the people at Plant Nanny should be sponsoring me at this point. But I can’t help it! This app is so adorable! Similar in nature to other apps that help you drink more water, this app steps it up by using your water drinking efforts grow digital plants. When you drink water, the plant grows and eventually moves into the “garden” to live out the remainder of its life in sunny glory. When you don’t drink enough water however, the plant DIES. I’m talking x’s over the eyes, withered in its pot type of death, and let me tell you, it is AWFUL. The threat of death however, is far outweighed by the adorable plants you can grow. I mean, look at my little collection. This is the nicest garden I will ever have. (Find it here)

If you haven’t heard of this one, I apologize in advanced for introducing it to you. HQ is a live trivia game that runs twice a day at 12pm and 6pm (PST). Each game consists of 12 multiple choice questions and if you get through all 12 questions, you win the prize money, or split it with the other winners. On weekdays the prize is about $2,500, while on weekends it tends to be higher. Yesterday, in honor of the Oscars, the prize was $50,000! If you do end up winning, feel free to send me some money in thanks. (Find it here)

Do you remember the computer game Spider Solitaire? Yeah, well, this app is the exact same thing, and has become somewhat of a point of contention between my sister and I. We’re constantly competing to see who can win a game in the least amount of moves—which is currently me, by the way, with 108—and can spend a good amount of time procrastinating side by side in the chairs in our living room. It’s a good time waster as well as—at least I like to tell myself—a good brain exerciser. Plus, I’m a fan of any app that can make my sister yell “YOU’RE A MONSTER” from the upstairs bedroom. (Find it here)

I know this might sound dramatic, but THIS IS THE GREATEST INVENTION OF ALL TIME. As someone who loves seeing movies in theaters but can’t really afford to do so on a regular basis, discovering this was a true gold mine. MoviePass lets you see as many movies as you want (the only rule being you can only see one per day) for a monthly payment of only $10. (There is actually a promotion going on right now for $7.95/month!) Once you sign up, they mail you a card that is connected to your account and then whenever you want to see a movie, you drive to a participating theater, check in to the movie you want to see using the app, and then swipe your MoviePass card and get a ticket. With the prices of movie tickets being what they are these days, as long as you see one movie per month, you save money. I’ve seen three movies so far—I,Tonya, Call Me By Your Name and Maze Runner: The Death Cure (all of which I’d recommend)—and each time the process was a smooth as can be. (Find it here) 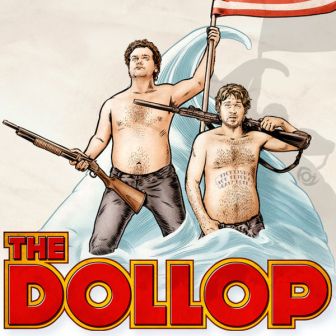 If you are in the market for a new podcast, may I suggest that you add this to the top of your list immediately. Not only is it hilarious, but it’s unique and oftentimes extremely educational. Hosted by comedians Dave Anthony and Gareth Reynolds, each episode consists of Dave finding a relatively unknown story in American history and then telling it to Gareth, who has absolutely no idea what the story is about or how it ends. Throughout the telling of the story, both Dave and Gareth give commentary on it, the result of which has left me laughing out loud during my morning commute on more than one occasion. (Find it here)

One of my goals last year was to watch every movie that has won the Academy Award for Best Picture. In the process of doing so, I shamelessly fell in love with Gregory Peck, who starred in Gentleman’s Agreement as well as Audrey Hepburn who—well, DUH. After completing my goal, I sought out both of their filmographies which led me to Roman Holiday. Before you say anything, I KNOW I’m way behind the times on this one, but that was kind of the whole point of watching the Best Pictures in the first place. So if you happen to be someone who, like me, is looking to be with the times, or if you’re someone just looking for a feel good, classic film with a handsome man and an iconic lady, this is your movie. (Find it here) 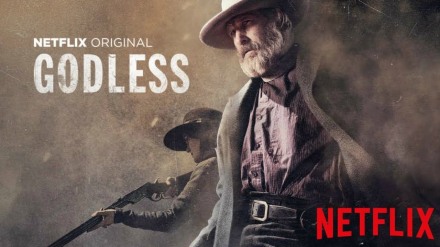 In perhaps the starkest contrast of genres, I recently watched the Netflix western miniseries, Godless. And since I can’t give a better summary than IMDB, this is how they describe it: Frank Griffin, an outlaw terrorizing the 1880s American West, hunts down Roy Goode, his partner turned enemy. Roy hides out at a ranch as Frank’s chase leads him to La Belle, New Mexico – a town mysteriously made up almost entirely of women.  The funny thing is, that’s only the skeleton of the show. There are so many good characters and intersecting storylines that hook you. I finished the series in two days, but spent a good handful more thinking about it afterwards. (Find it here)

I’ve heard about this popcorn for a while now, but never had the chance to try it until I recently developed an addiction to kettle corn. To make matters worse/better, upon finding this brand at Target, I discovered it has a bunch of different flavors! So far I’ve only tried the purple (Sweet & Salty Kettle Corn) and green (Light Kettle Corn) but I can almost guarantee I’ll be making my rounds. I’ll report back with the best flavor! (Find it here)