For as long as I can remember, my favorite number has been 17. I don’t know why or when it started, it’s just always been that way. Over the years however, it proved again and again be a perfect fit. For example: there are 17 letters in my full name.

As you can imagine, the prospect of becoming 17 was a big deal to me. For years leading up to the event I constantly told everyone that it was destined to be the “best. year. ever.”

Unfortunately, it wasn’t. I won’t go into the details, but let’s just say it was a very hard year. One I would never wish to repeat and one I don’t often talk about.

BUT, seeing as the New Year is almost upon us and it just so happens to be 2017, I’m hoping it will be redemption for the disaster that was 2007. And to aid the cause, I’m making a point to set fun, challenging and achievable goals for myself. How many goals you might ask?

You didn’t really have to ask, did you?

I’m putting this first so it is read for what it is: a confession. I admit it, I HAVEN’T SEE STAR WARS! None of them. Zero. Zilch. All I know is that Luke meets his dad and Hayden Christensen has a ponytail. So, this year I’m finally going to do it. I’m going to watch them all, straight up through Rogue One, and then I will finally feel like an accepted member of society (and hopefully receive less dirty looks.)

If you’ll recall this post from September, I recently became obsessed with the World’s Largest Roadside Attractions, and set a goal for myself to see every single one in the USA. For this year, I’m shooting for five. I don’t know which ones they’ll be or if I’ll be able to see more than that, but I’m setting five as my minimum. One for each finger.

I’m big into crafts (a huge understatement) and I tend to have the “I could just make that” mentality whenever I think something is too expensive. Does this often go wrong? Yes. But that didn’t stop me from bookmarking this DIY rug whilst I was searching around for a cheap one on Amazon.

WOAH. I know, it sounds like a lot. But if I was ever going to set a goal like this, 2017 is the year to do it. I have it in my plans to run a couple half marathons, as well as a 2 day, 12 person relay race this year, and in order to survive any and all of these, I’m going to need to train. I figure adding this extra goal will only make training that more enticing.

Fun fact: I already started this one last week. You can call this cheating if you want, actually no, no you can’t. See Rule 5 for why.

To the best of my knowledge, this isn’t actually a thing. If it is, correct me, but if it isn’t, I will now explain the parameters of The Ultimate Fit Bit Week a.k.a TUFBW (obviously pronounced, “tuff-boo”). Essentially, a TUFBW is reaching nearly every goal Fit Bit sets for you in a day, for an entire 7 days. (I don’t count getting a star in sleep because for the most part that’s out of your control.)

I’m talking all these guys are green every day:

The steps per hour rainbow is filled every day:

And by the end of the week this man is running inside a blue pentagon of victory:

I’ve never even come close to doing this, and aside from running 1000 miles, this will probably be the hardest goal I’ve set. What can I say? TUFBW’s are tough, Boo.

I absolutely love volunteering but am ashamed to say I did so exactly zero times in 2016! Yikes! This must change immediately. Let’s stick with 5 again as a minimum. One for each finger on the other hand.

7) Go to a sporting event of every kind

Well, probably not every kind. That would prove to be impossible. I’m thinking more of the top five: Baseball, Football, Hockey, Basketball & Soccer. One for each toe.

8) Try every class at the gym

I don’t do nearly enough to take advantage of my gym membership, which constantly leaves me rolling my eyes when the monthly payment charges my card. So, this year I aim to participate in such grand fashion that I can call the guy at the desk Bob, even though that’s not his name, but it will be an inside joke between us because we see each other so often.

9) Do The Princess Diaries painting

Need I say more? I think we can collectively agree we’ve all wanted to do this for 15 years now and it’s about time we took the plunge. Also, I may or may not wear a tiara while doing it.

10) Find and try the “Best of” restaurants in LA

It is so often that I see Los Angeles in the “best of” talks when it comes to eateries. And while I’m not one to try the “experimental” restaurants, I can’t help but have an appetite for something labeled “the best.” That being said, I’m going to stick to the five most important food groups: Pizza, Burgers, Ice Cream, Donuts, and Sandwiches.  I’m going to scour the Internet and find what LA (or surrounding area) restaurant is considered “the best” in each of these categories and pay them a visit.

(Any and all suggestions are welcome)

11) Watch every film that has ever won Best Picture

A few years ago I made a list of every film that has ever been nominated for Best Picture at the Academy Awards, in the hopes that one day I’d eventually have a proper movie education or, what Jesse from Pitch Perfect would define as a proper “movie-cation.” Mind you, as of 2016, that list is 528 films deep, so that goal is no joke. For this year, I’m just aiming to see those that won. So far, of the 88 (soon to be 89), I’ve already seen 7! So uhh…yeah, almost there.

This year on Christmas morning, after my family had finished opening all of our presents, my dad pulled an A Christmas Story and said, “I think there’s one more gift for you, Kim, over in the corner there.” “Is it a rifle?” I asked, referencing the movie. “No, but I think it’s something on your bucket list.” I furrowed my brow in confusion, tiptoed over to the corner of the room, lifted the beach towel as instructed, and then screamed in excitement. Because yes, learning to skateboard has always been on my bucket list, and now suddenly there was a longboard in my house with my name (figuratively) on it. Cue goal 12*.

*Let it be noted that I will unabashedly wear a helmet and elbow pads throughout the learning process, and will undoubtedly bruise my entire body. However, it will all be worth it. Look for me on the beach boardwalk, hair blowing in the wind, or at the grocery store on a milk run, no bag required.

13) Learn how to do a headband braid

I suck at doing my hair. My friend and old roommate Kristine, however, is AMAZING at hair. And when we lived together I’d often turn to her to braid my hair when it was lashing out at me. My favorite was the headband braid. It got my hair out of my face and overall made me look pretty put together (I think). This year I’ll learn to do it on my own.

I would like to think this is an inevitable achievement this year because I’m already at 96,950, but I’m sticking it on here because it just wouldn’t be my lucky year if me and Jeffrey (my car) couldn’t celebrate 100,000 miles together.

I’ve never actually done one and I just think that walking, talking, and drinking beer with good people sounds like a grand old time.

This could probably go hand in hand with the last one, especially since I’d have a little extra courage to do so. Now all I have to do is figure out what my go-to song will be.

For my dad’s birthday in November, my family and I typed up a mock itinerary of a trip we hope to take to Iceland—the codename for which was “Project Lightbulb”. My dad has always wanted to see the Northern Lights, so we finally took those first steps towards making it happen. And since life often tries to get in the way of plans like these, I’m making it a priority to take this trip, or at least have it completely planned and booked, this year!

If you’re interested in following along, I’m going to post my progress here as well as on my Instagram. With any luck, a year from now I’ll be writing about what a badass I was during 2017. I’ll have showered my list with checkmarks and will be typing with that proud, sassy tone I usually get when I do my laundry before running out of underwear. Here’s hoping! 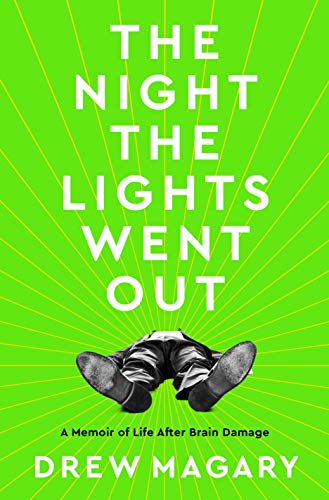 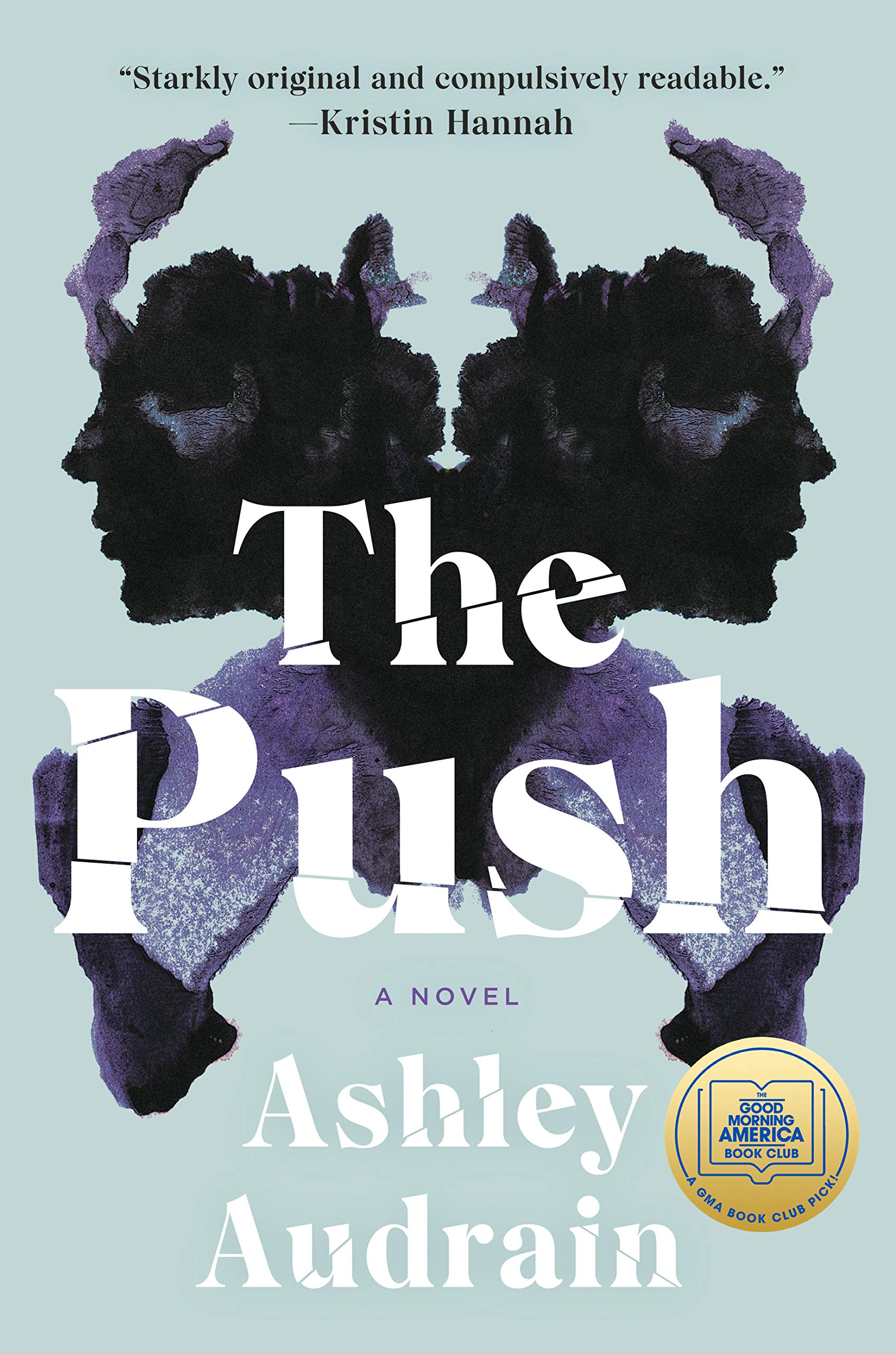