Hello there! We are back with another edition of favorites.

I’ll warn you ahead of time, we are ALL OVER the map this month, but I feel like that makes sense. 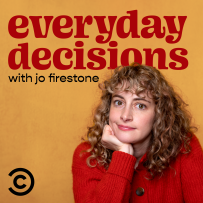 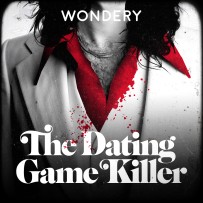 Just like last episode, I’m kicking us off with a dark one. The Dating Game Killer is the true story of serial killer Rodney Alcala, who is currently on death row, and actually made an appearance on the The Dating Game in the 70’s. It is a wild ride.

On the complete opposite side of the spectrum: Everyday Decisions with Jo Firestone. I mentioned a specific episode of this podcast in this post, but I would highly recommend this podcast as a whole. In each episode, comedian Jo Firestone talks to one of her friends, asking them to recount what they did the previous day, from the moment they woke up to the moment they went to sleep. Not only is it fun to hear how people spend their days—because hello, I am nosy—but I also just love the simplistic conversation starter that can ultimately tell you a lot about the person you’re talking to.

And finally, in a spectrum all its own: Dolly Parton’s America. My sister is a big Dolly Parton fan, so when I found this one I was primarily excited to show it to her. But after listening to the first episode, I was hooked. It is such a fun listen that gives you a good look into an icon—highly recommend! 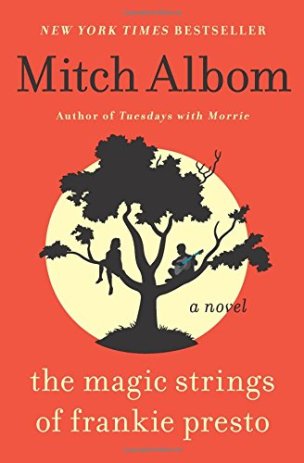 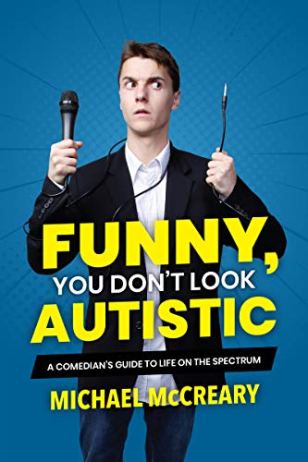 When looking for a new book, sometimes I’ll know exactly what I’m looking for and other times I don’t have a clue. On one of the latter days, I came across Funny, You Don’t Look Autistic by Michael McCreary, which was the “recommendation of the month” by the library and I’m so glad it was! This book is so funny, and full of great information, making it a great resource for both atypical and neurotypical people.

Next, The Magic Strings of Frankie Presto. I have long been on the hunt for a “favorite author” and this book by Mitch Albom pretty much sealed the deal for me. Not only is it an amazing, rich, beautifully written novel typical of Albom (see The Five People You Meet in Heaven, Tuesdays with Morrie, etc.), it is honestly one of the best books I have ever read. It follows the life of Francisco “Frankie” Presto, a prestigious musician whose life—chaotic and difficult as it was—was also full of goodness, wonder, and most of all, purpose. 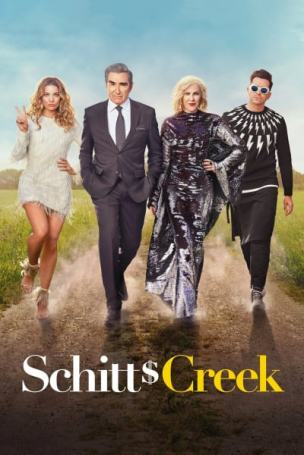 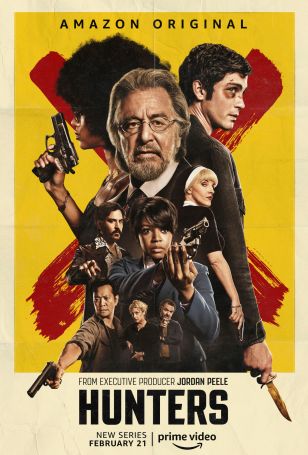 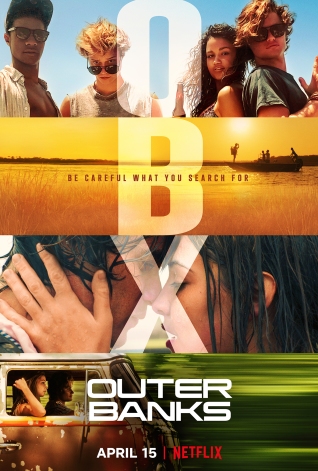 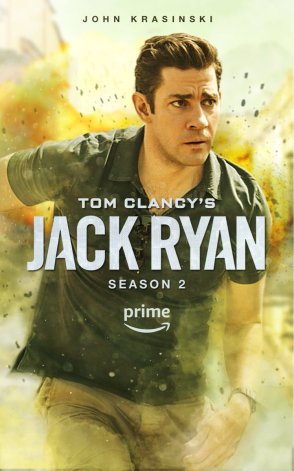 I was very very late to the party in watching Schitt’s Creek, but I’m just glad I’m finally here. The show follows The Roses, an extremely wealthy family who, after losing almost everything, move to a small town called “Schitt’s Creek”, which John Rose, the father of the family, had previously purchased as a joke.  This show is so funny and such a highlight to my day whenever I turn it on. (Find it on Netflix.)

Next up, Hunters! This one is definitely heavy, as it is set in the 70’s, 30 years after the Holocaust, and follows a group of Nazi hunters seeking justice for those lost. It is SO. GOOD. Very dark, at times very gory, but very good. The moment I finished season one (which, OH MY GOSH) I immediately started my impatient wait for season two.  (Find it on Amazon Prime)

Did someone say, John Krasinski? Hopefully, because that man is crushing this quarantine thing. But in other awesome things he is a part of: Jack Ryan. This is another show I was behind on, but I quickly caught up. (Find it on Amazon Prime)

And finally, Outer Banks. It is rare that you find that a show that you cannot stop watching and actively look forward to finishing your trivial responsibilities (like work, showering, etc.) so you can watch it again, but this was one of those shows for me. I just had to know what was going to happen. And while it’s hard to describe without giving anything away, one of the best descriptions I’ve heard is that it is what you would get if The OC and The Goonies had a baby. So, if that love child catches your attention, I’d give it a go. (Find it on Netflix.) 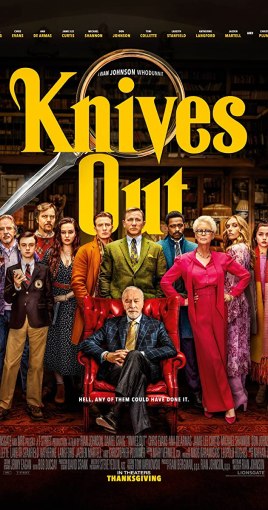 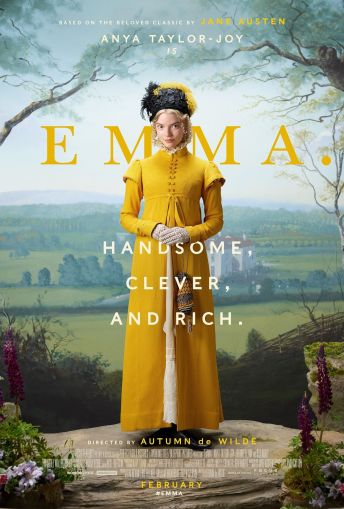 I saw Emma in theaters (bless) with my best friend, on a Friday night at the beginning of March, which honestly seems like A LIFETIME ago. Nonetheless, I loved this movie and was delighted to learn that the book it is based on was also the inspiration for the 1995 classic Clueless.

A few weeks ago, my family sat down together for a movie night and watched last year’s Academy Award nominated Knives Out. It is the ultimate whodunnit movie that is smart, fun, and honestly kept me guessing the whole way through. It’s one of those that will be especially fun to watch a second time through to see where they dropped all the hints.

In the music world, I have been shuffling through all kinds of playlists and albums, but these are a few that I keep going back to: 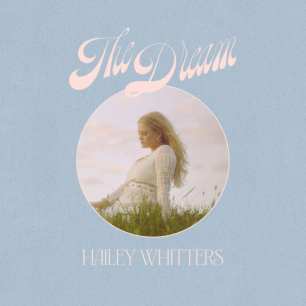 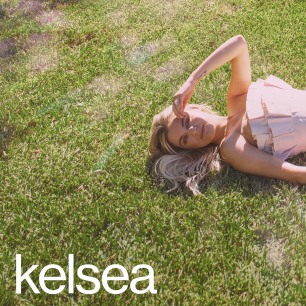 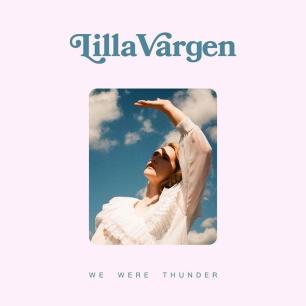 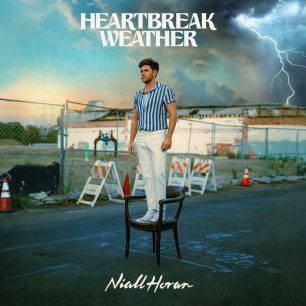 The Dream by Hailey Whitters

We Were Thunder by Lilla Vargen 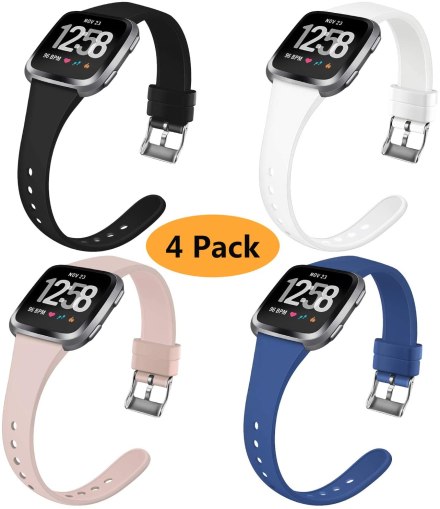 At the beginning of this month, my Fitbit band got a rip in it, sending me on a frantic search for a new one so I could continue to track my lack of steps. I found these on Amazon, and really like the way they look and feel. Not only are they great quality, but I personally feel like they are a better fit for my wrist than the traditional thick band.  Plus, these come in a four pack, so you have have backups and/or options if you like to change up your look. (find them here)

For the most part, my quarantine exercise routine has consisted of yoga, Dance Church and neighborhood walks, which it has been great, but I have also been on the lookout for something new. Enter this arm workout. It may be short, it may involve no equipment, but man does it BURN. 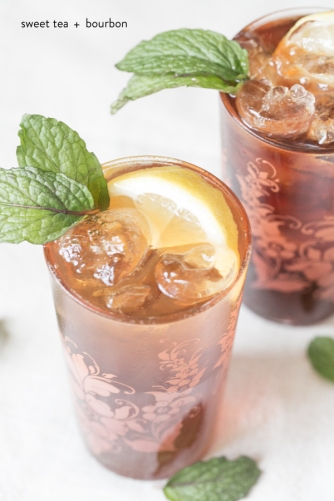 I made it a goal of mine a year ago to try every drink on this list of “Most Iconic Drinks in Every State”, and since we’ve had a little extra time, my sister and I have been working our way through it one by one. Among those we’ve tried so far, the Sweet Tea & Bourbon from South Carolina is definitely our favorite. It is made with one-part bourbon, four parts sweet tea, and then (if you are interested) mint and lemon for garnish. It is so delicious and refreshing, perfect for these hot days. (photo credit: Sugar & Charm, check out this post of theirs that also gives you a recipe for homemade sweet tea!)