A lot has changed since we were last here! For one thing, I’m 29 now. And while I can’t list this age as a “favorite” quite yet, I do have a good feeling about it.

Speaking of good feelings, I found a bunch of things over the last couple months that gave me all the good feelings.

Wow. What a transition, am I right? Told you 29 looks good on me.

I was first introduced to the Try Guys when they were part of Buzzfeed, and I’ve loved their brand ever since. At their core, they are a group of friends who simply try stuff and make you want to do the same. You can check out their videos here, but I’d also recommend their podcast, The Trypod, which is an easy, lighthearted listen. It makes you feel like you’re sitting around in your living room talking to your friends.

The Clearing is a posthumous account of the life of Edward Wayne Edwards, a serial killer and all-around terrible human whose daughter put the pieces of his crimes together and brought at least a few of his victims and their families justice. The narrator has a very monotone voice, but I think it adds to the nature of the subject. I was hooked and frustrated the entire time.

After reading a loving Rachel Hollis’ first book, Girl, Wash Your Face, I was over the moon for her second one and preordered it. But then, life caught up with me and that poor book sat on my bedside table for months before I finally opened it. Once I did however, I was IN. It’s a great book for anyone looking for some fire under their feet and it gives great advice for how you can go about making your dreams a reality.

In another example of poor planning + a chaotic schedule, I received the The Silent Patient audiobook from the library and waited too long to start it. By the time I did, my loan was ending and I was freaking out trying to finish it and when I didn’t make it, I had to wait three miserable weeks until it was available again. It follows Alicia Berenson, a woman convicted of murdering her husband and then refusing to speak in any capacity, and Theo Faber, a criminal psychotherapist who is determined to figure out why. It takes a lot of twists and turns and I especially recommend the audiobook because the reader was great!

I realize that I am WAY behind the times on this one, so I probably don’t have to do much of an introduction on what Dexter is, but I am glad I finally made the time to start it. I am officially hooked and if you need me I’ll be sitting in a state of conflict over being worried about and emotionally attached to a serial killer.

Stranger Things is another one that doesn’t need much of an introduction. I had been patiently waiting for the third season and when it finally arrived I watched it so fast I have been considering rewatching it because I think I blacked out. In a good way.

If I’m being honest, A LOT of music has been put on the back burner since Taylor Swift released Lover in August. It is SO GOOD, y’all. So while I’d obviously recommend that first, there is a bunch of other great music that I found over the last two months.

For albums, I’d recommend Tori Kelly’s Inspired by True Events, and Machine Gun Kelly’s Hotel Diablo. They could not be more different (aside from them both having Kelly in their name) and it’s almost comical to recommend them side by side, but such is my brain. It has a lot of different moods and these two do it for me.

Then, in continuing a new tradition of recommending individual songs, here are 10 that I think you should check out:

4) All For Us by Labrinth & Zendaya

5) What Could’ve Been by Gone West

6) Tell When it’s Over by Shery Crow & Chris Stapleton

8) Love is Love by Grace Potter

9) Rooting for You by Alessia Cara

10) Crowded Table by The Highwomen

I have been getting into weight training over the last couple months and so I’ve been doing research on different sequences that can work out specific parts of my body. I found this one on Pinterest and it’s been great at working out my arms and back. It makes me feel strong and, unless I’m seeing things, I actually might look stronger too. Take care with these guns, y’all.

And last but DEFINITELY not least, these! It’s hard to be completely in love with ice cream AND want to eat healthy. So it’s safe to say that when I found these, which are low in sugar, high in protein and absolutely delicious I gave them priority status on my grocery list. My favorite flavor is the Salted Caramel, but they also offer Fudge and Peanut Butter Chocolate Chip.

And that just about does it for July & August!

Also, don’t forget to check out the fundraiser I’m doing in the month of September to benefit Childhood Cancer.  Anything helps! 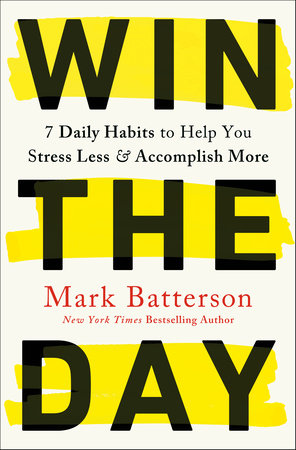