Student came to class today with his child due to no babysitter or anybody to watch her while he was in class.
My professor NATHAN ALEXANDER said “I’ll hold her so you can take good notes!” #HBCU #morehouse #Respect pic.twitter.com/oogIqetseS

2) This girl showed off her scars in the best way

3) This chess champion gave us all a reason to smile 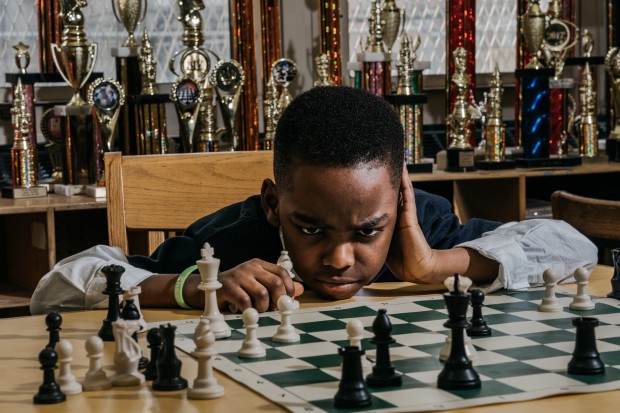 4) This boy got an amazing surprise

This video has been making the rounds, and for good reason. It’s AMAZING. Click the link in my bio for the story of how it came to be. It’s a good read.

6) This boy was a true team player

I’m going to be honest, “bouncing back” after having Jacob has been much more difficult than after I had Isaiah and I’ve been pretty hard on myself lately. I go into the gym and I can’t run as fast or as far. I can’t lift as much weight or do as many reps as I could a year ago. I just want to feel like myself again…for my body to feel the way that I know it can. As I was working out today, I realized that for the past 11(ish) months, my body has not belonged to me. It was a perfect home for Jacob. And even now it belongs to him every time he drinks his milk. As I prepare for red carpets and for life on tour, right now I make a promise to myself to start appreciating what my body CAN do and stop focusing on what it can’t. I promise to stop analyzing every angle and every curve and every pound and every meal. I’m going to keep staying the path because it is a journey and as long as I’m always working towards my goals, one day I’ll reach them. I’m going to take it day by day, smile at the girl in the mirror, and work out because I love this body and all it has done and will continue to do! #bodyafterbaby #fitmom #healthy #staythepath @caliabycarrie

8) This little girl talked to her pug

This 4-year-old talking to her pugs is 💯 pic.twitter.com/ph98F3N7aY

10) This puppy took care of his best friend

This is Charlie and Maverick. Charlie had his eyes removed due to glaucoma, but then Maverick came along as his little helper. Now they’re doing amazing. Both 14/10 (follow @charlieandmav)

12) This boy achieved an incredible feat

The first time ever someone in a wheelchair did this move 🙌 (via woody_belfort/IG) pic.twitter.com/9Xqw7F3qiF

i am so proud of her 😭😭😂😂 shes been struggling so much BUT SHE FINALLY GOT IT DOWN ! pic.twitter.com/DcVKF9BJ4K

15) Morgan Freeman converted his ranch into a honeybee sanctuary

16) This selfless man was awarded teacher of the year

My dad has been really depressed ever since our family dog passed away and today I surprised him with a new puppy 😊😭 pic.twitter.com/1djg0FGMVf 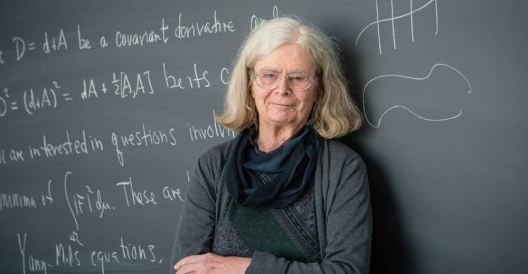 20) This girl went all out for crazy hair day

my sister had crazy hair day at school today and my mom was not playing games and really wanted her to win 😂 pic.twitter.com/owo78whIWI 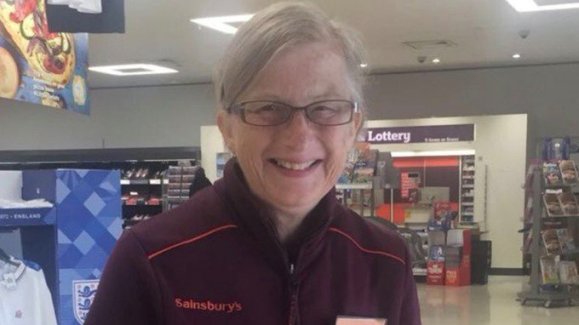 22) This little girl helped save her veteran neighbor’s life

Give this guy all the awards pic.twitter.com/okn8LR8bjH

25) This little hockey player was mic’d up

27) This blessed the internet

Just when you think it can't get any better, it does 😍pic.twitter.com/FKgYZlDHKW 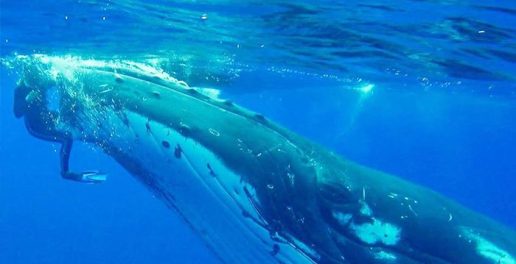 30) This formerly homeless teen got accepted into 17 colleges

31) And this woman inspired us all

I can’t wait to see what March brings!

As mentioned in this blog post, at the end of every month I’m going to highlight all the good things that happened, to give ourselves a break from the well known bad.

Happy March to you!

1) Chrissy Teigen opened up about her postpartum Depression

“I [just] didn’t think it could happen to me. I have a great life. I have all the help I could need: John, my mother (who lives with us), a nanny. But postpartum does not discriminate. I couldn’t control it.”

3) The cast of Hamilton donated their night’s salaries to an amazing women’s charity.

This girl in my building saw me crying in the hallway last night and sent me these this morning pic.twitter.com/oZYSSbZkiS

5) This dog filled in as a zoo mommy

6) This cat was overtaken by the piano

When you become the music. pic.twitter.com/1ahWgq2jLB

9) This runner made a great statement about body confidence. (via mileposts Instagram) 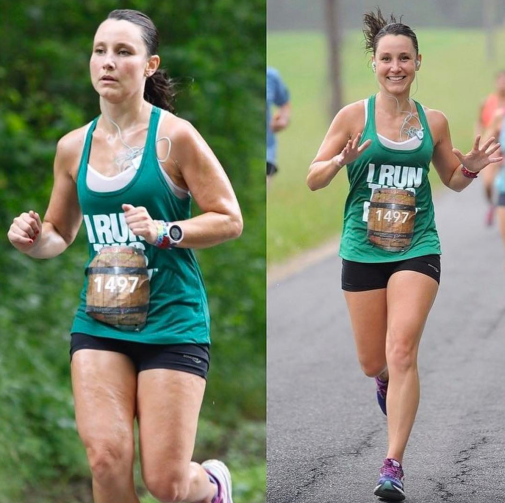 “…Both of these race photos were taken on the same day at the same race. In one I looked happy and strong and in the other I was left questioning if there was a part of my body that didn’t have cellulite. This race at some points sucked for me – I got sick – threw up before crossing the finish line and had possibly my slowest 13.1 time ever – but post race the sucky feelings faded and I remember the day being fun – drinking wine with friends after, joking how wine cures all. If you had asked me after if I had a good time I would have said YES!! I still felt that way in the days following the race UNTIL I saw the photo on the left and then insecurity set in and I thought about how that day was not fun. But that’s silly, because it was fun…A race photo is ONE SINGLE moment in time and I let one of them steal joy from me. Most times we don’t look great while we run, but that’s not why we run anyways, we run to FEEL like I look in the photo on the right – HAPPY. Don’t let a photo steal joy – you are worth so much more than one split second – moment in time.”

10) A pregnant woman gave this man a “Decent Dude” trophy for being the first man–throughout two pregnancies–to offer her his seat on the subway. 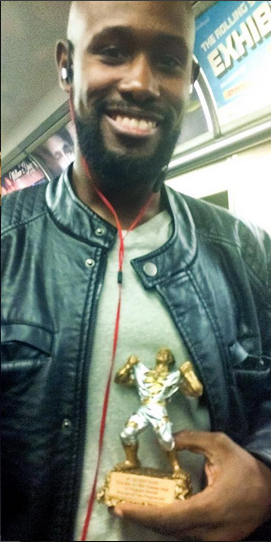 11) Beauty and the Beast was released in theaters!

🚨MAINSTREAM MEDIA WON'T TALK ABOUT IT !!!

14) And with the help of people around the world, Somalia is receiving the help it needs!

15) These boys tried to fool their teacher

17) This service dog did his job

18) This woman stopped to help

19) This boy melted hearts with his cheesy prom-posal

S/O TO ALL MY PIXAR FANS OUT THERE, THIS ONES FOR YOU, #Prom #Ade #Trent pic.twitter.com/tzRuhzmjR0

21) This mom knew just what to say to her daughter

I told my mom I failed my math test and this was her response :') pic.twitter.com/BYGuVVEyWr 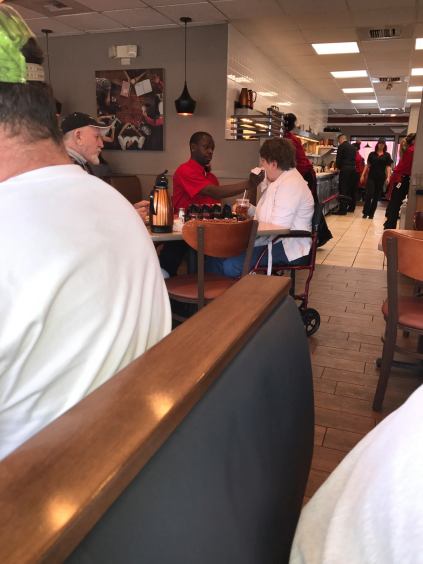 23) This chicken was reunited with its favorite human 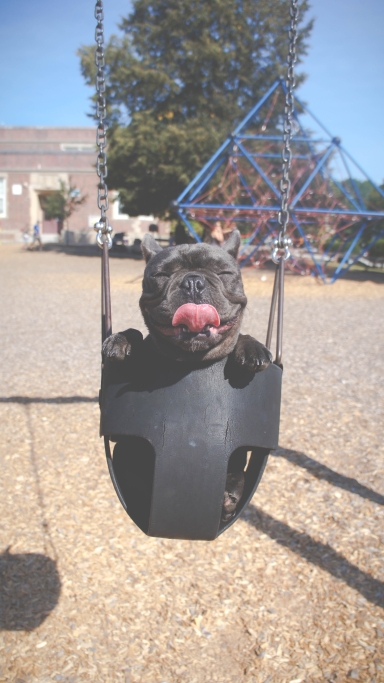 26) This little girl got a doll worthy of a superhero

27) This little guy got to hug his hero 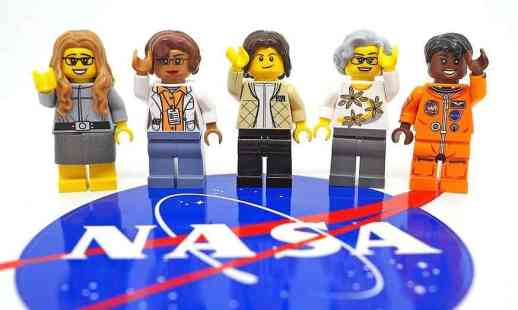 "What are you up to" pic.twitter.com/y0KUGSQcV6

30) This flower company gave out 10,000 flowers for International Day of Happiness

31) This little girl made a new friend out of a broken water heater.

I can’t wait to see what April brings! 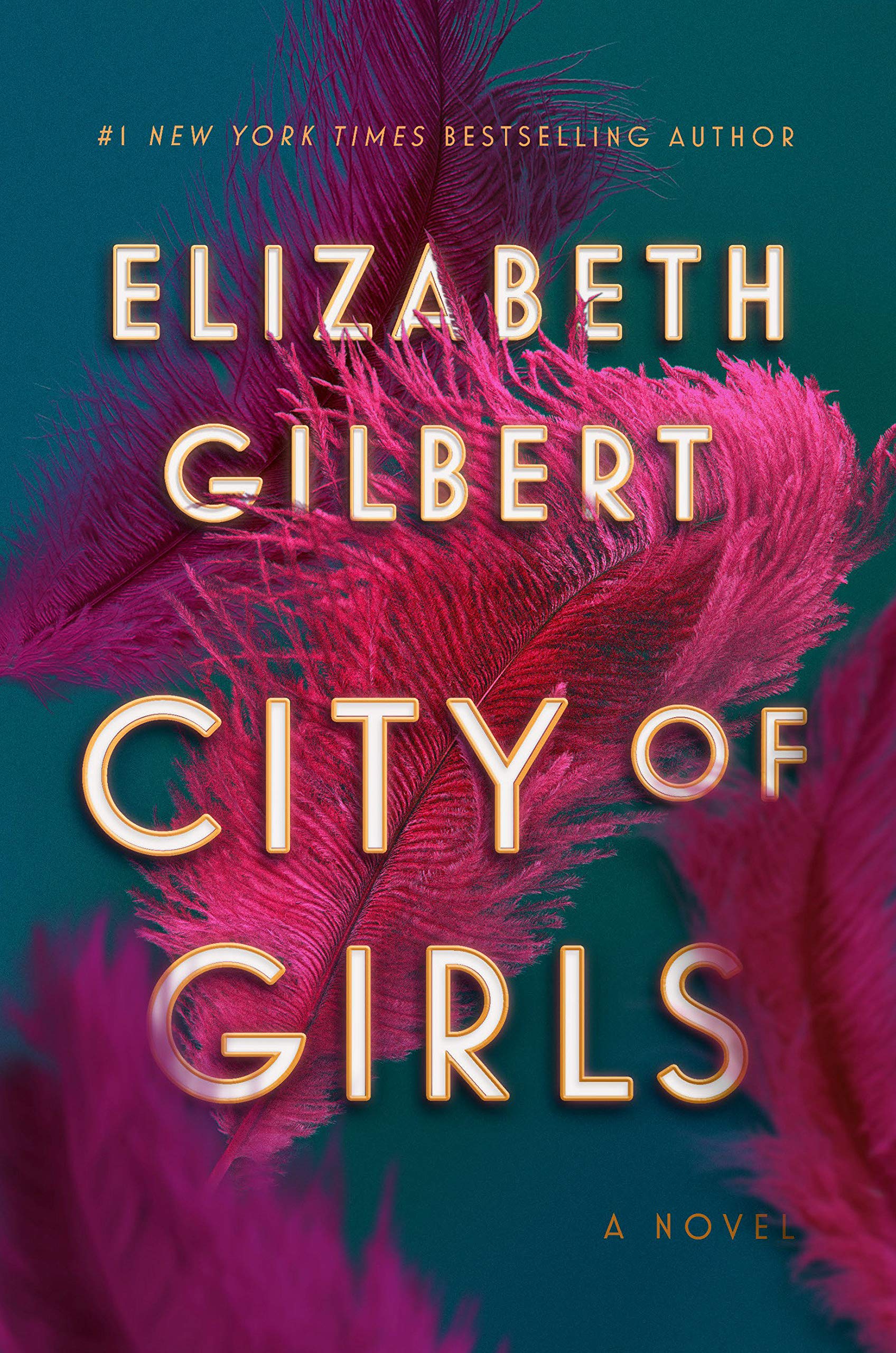